The 717 Experience is a 501(c)(3) designated organization that is committed to preparing the next generation of leaders for the future. Our mentoring and leadership development programs:

From our board members and our leadership team to our staff and our volunteers, we believe that every child deserves access to programs that nurture their assets rather than focus on their risks – programs that provide the education, guidance and support needed to help prepare them to be responsible, contributing, and healthy adults.

Of the 23 schools within a five mile radius of our facility, only three receive an Average rating from GreatSchools.org – the national leading nonprofit that tracks how well a school prepares all its students for postsecondary success, whether for college or for a career. The other 20 schools have Below Average ratings.

We want to make sure our young people are prepared to succeed as adults.

The 717 Experience’s mission is to motivate, empower and encourage young people ages 7-17 through mentoring and leadership programs.

OUR FOUNDER AND PRESIDENT, VERONICA JONES

Originally born in Florida where she attended school in her earlier years, Veronica Jones lived with her grandparents until the death of her grandmother which shook her as a child. Afterwards, she was uprooted and moved to Atlanta to live with her parents.  As a young girl growing up in the inner city of Atlanta, Veronica Jones was determined to pave her own way to success and began to work toward her dream of entrepreneurship at an early age.

Veronica did not exactly grow up in your typical middle-class home. While there were certainly some good times, she has experienced her share of obstacles, struggles, let downs and setbacks. Becoming pregnant at 16 was another chapter she faced in her young life with two years of high school remaining.   After giving birth she struggled with the demands of motherhood and being a student, so her daughter was then sent to live with Veronica’s father while she obtained her diploma.

After trying times at home she was put out of her home for a brief stint; yes she became homeless. Knowing her support was little to none, hopelessness began to set in.   Her attempts to receive assistance from the state was turned down. Having no address at the time limited her options. Uncertain of her future she remained steadfast.

Bound and determined not to rely on anyone to support her, in 1992 she began waitressing at Club Nikki’s a newly established adult entertainment club in Atlanta. This led to several positions ultimately becoming a manager. Veronica was a sponge and watched and learned everything there was to know about the business and in July 1995 she and some friends started The Body Tap Exclusive. She was a woman leading the way in an industry with predominantly male owners.

Bitten by the entrepreneurial bug, Veronica went on to start her own company Jus 2 Resources LLC.  This company covers a lot of different ventures. Real estate, interior design, construction and business consulting. She currently owns commercial property that she leases out to various companies a restaurant being one of them. She is currently pursuing buying a club in the heart of Atlanta near the new Mercedes dome where she operates a business with longtime friend Louis Wallace (Jack Tré) known as Instinct radio. The station has grown tremendously in just three short years. Recently, Instinct Radio was awarded “Internet Radio Station of the Year” in Atlanta, Ga. 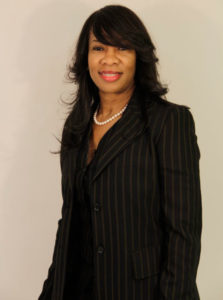 After owning and operating the adult entertainment business for over 20 years and various other endeavors along the way, the journey helped develop the desire and passion for helping others. Veronica began to seek opportunities to reach back and bring to fruition her goal of mentoring inner-city youth.   She founded the 717 Experience in April 2015. Through the 717 Experience, Ms. Jones aims to pass on her knowledge and equip young people with the tools to become successful in their own right.

Her hustle from the streets and experience has, without a doubt, helped to establish her as a savvy, and well-respected businesswoman. She will soon add author to her résumé, as she is currently writing her first book.–

No posts to show!